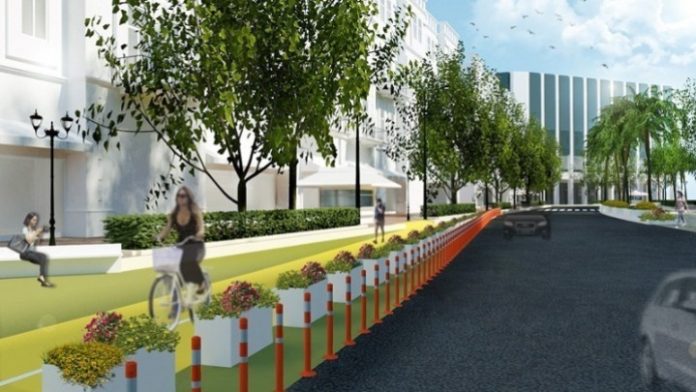 The Athens urban development plan is a new experience offering citizens and tourists alternative ways of transportation in the capital, Athens mayor Costas Bakoyannis said on Sunday in a statement to the Athens-Macedonian News Agency (ANA).

The new urban plan marks the implementation of the changes that the city and its people need for a better quality of life, Bakoyannis underlined. “The centre of Athens is no longer a transit point and is becoming a destination. It expands and unites places, routes, and all of us who, due to the pandemic, realized the value of public space and the meaning of unimpeded movement,” he added.
The equation that experts were called upon to solve was how and how much public space can be recovered from cars to be returned to pedestrians, cyclists and public transport.

On his part, George Yannis, Professor in Traffic Safety and Management at the Department of Transportation Planning and Engineering of the School of Civil Engineering at the National Technical University of Athens (NTUA) and head of the team that carried out the study, said that the centre of Athens should have been car-free many years ago.

He underlined that the aim of the plan was the urban upgrade of the city centre taking into account the transport factor.

The plan provides for a 6.8 klm-long pedestrian walk that also includes the Athens historical centre
while 50,000 sq.m. free public space will be made accessible to citizens and visitors upon completion of the project as well as a new bike lane on Panepistimiou Street.