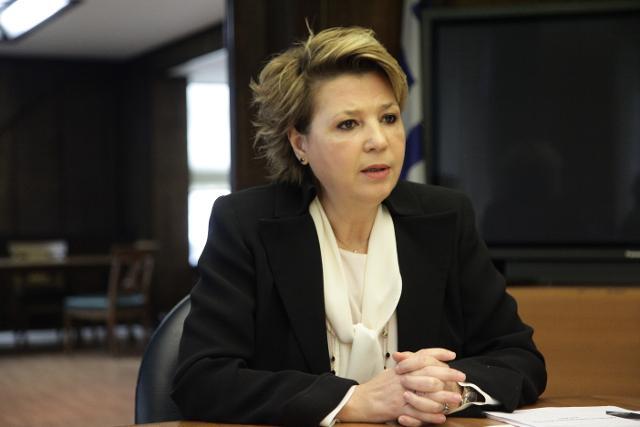 “The government, is a four-year tenure government “Administrative Reconstruction Minister Olga Gerovassili said adding that it is an alliance government that have gone through very difficult phases and moved on even if this disappointed some who hoped and tried, many times under the table, to dissolve the alliance. The government withstood and will withstand” she said in an interview with Documento newspaper.

Asked if she refers also to business interests, she said that she refers to all the interests.

On the FYROM name agreement, Gerovassili said that “on our part, it was addressed with full responsibility and in the country’s interest based on the national position stated a long time ago”.

“This government takes the country off the memoranda for good. This means that the country’s obligation is to meet the fiscal targets with a mix of its own policy. This was also expressed recently by European Commissioner Pierre Moscovici.