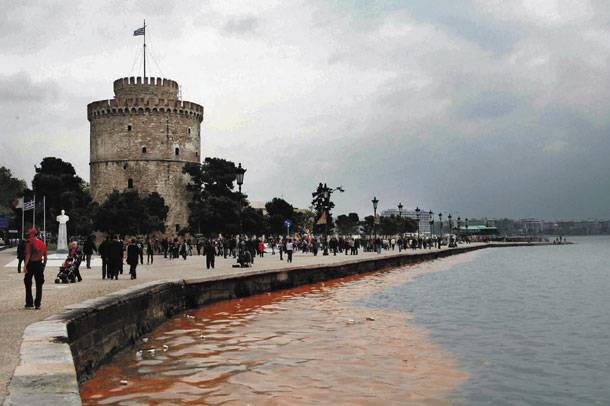 The phenomenon of the red tide made again its appearance in the waters of Thermaikos Gulf in Thessaloniki. Red tides are caused by an explosive growth and accumulation of certain microscopic algae, predominantly dinoflagellates, in coastal waters.

These algae, a form of phytoplankton, are single-celled protists, plant-like organisms that can form dense, visible patches near the water’s surface.

The ride tide appears twice a year in Thermaikos, every spring and every autumn, and waters of Thermaikos become red.

According to scientists, the red tide lasts a couple of weeks and can’t be addressed. The unpleasant odour along with its impact on the primary sector due to its harmful impact on fisheries are among the negative effects provoked by the red tide.