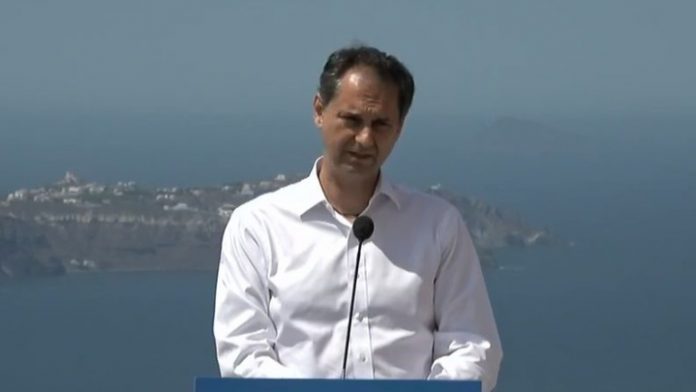 Greek and Russian ties are based on enduring close and friendly relations, which are confirmed by the active economic and humanitarian relations between the two countries, said head of Russian Federal Agency for Tourism (Rostourism) Zarina Doguzova on Thursday.

She was speaking upon welcoming Greek Tourism Minister Harry Theoharis, who is currently on a four-day official visit to Russia to meet with state officials and representatives of travel agencies.

“We looked into all aspects of the safe opening of tourism, how exactly it will be done, our own systems and the corresponding systems of the Russian Federation,” stated Theoharis.

The minister added that “with intensive work, we can create the conditions that will, in the near future, allow for a safe opening and even a steady flow of tourism too, which we did not have the opportunity to have last year.”

Greece has already announced the reopening of tourism on May 14, in a framework of health safety protocols for visitors and locals alike, he noted.

Doguzova underlined that “we are interested in the gradual, safe and comfortable restart of tourism between Greece and Russia,” while the two sides keep a constant exchange of information, “in order to ensure the security of our citizens.”

Later on Thursday Theoharis will meet with known philhellene Aysen Nikolayev, who, as mayor of Yakutsk, had pursued the twinning of his town with the municipality of Ancient Olympia.

The minister is also holding meetings with representatives of leading travel groups and agencies in Russia – such as Mouzenidis Travel, TEZ Tour, Biblio Globus, Pegas, Ambotis, Coral, and TUI.

On Friday, Theoharis will meet with alternate head of the Culture, Sports, Tourism & National Policy division in the Russian government Christofor Alexandrovich Konstantinidi, honorary consul of Greece in Sochi Dimitri Sarakianidis, and First Vice-President of the Russian Geographical Society Nikolay Kasimov. He will also be meeting with an official from the Russian Civil Aviation Authority responsible for tourist flights.