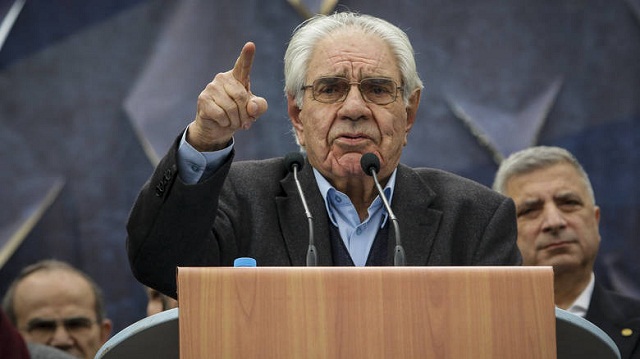 “There is a political decision to give our identity to strangers,” said Professor of Constitutional Law, Yiorgos Kassimatis, who was a keynote speaker on Sunday in the rally over the FYROM name issue at Syntagma square.

The professor added: “Today, all Greece is here. Article 120 is for the first time implemented today. This is the resistance against No. All this happens when we have governments that have said ‘yes’ to slavery since 2010. Today, the Greek people are taking control of their sovereignty.”

“Greece is here,” he continued, “and is saying no to slavery since 2010. No to the concession of Greek land to foreigners. Greece is being sold out today.”

In addition, he said: “Then Turkey should be called Ionian and Sicily a great Greece. I am calling a professor of international law to give me an example of a name that has nothing to do with the history of its people.”