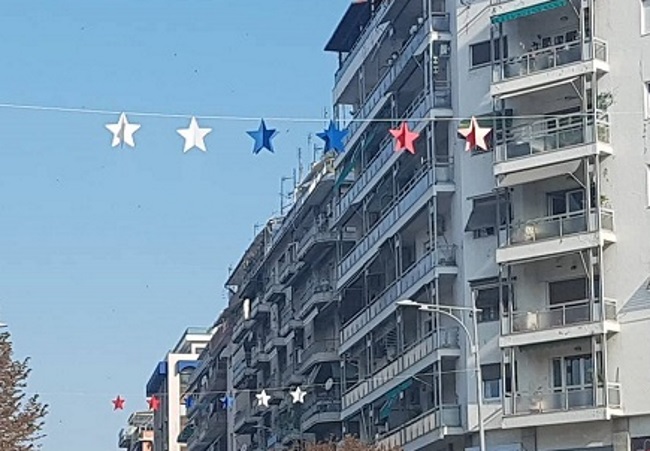 Thessaloniki has been decorated with white, red and white stars ahead of the Thessaloniki International Fair (TIF) where the US will be the honoured country.

“Stars related to the colors of the USA, the honoured country of the 83rd Thessaloniki International Fair, have been decorated on all the main streets and the nearby streets of the International Fair, ahead of the beginning of the Exhibition,” HELEXPO’s managing director, Kyriakos Pozrikidis, said to the Athens-Macedonian News Agency (ANA).

“From now on, the stars that refer to the honoured country will decorate the city, just as we did last year with the lanterns for the honored country that was China,” Pozrikidis underlined.

“And while the stars are related to the US, they also promote our city, Thessaloniki, as a ‘big star'”, he commented.