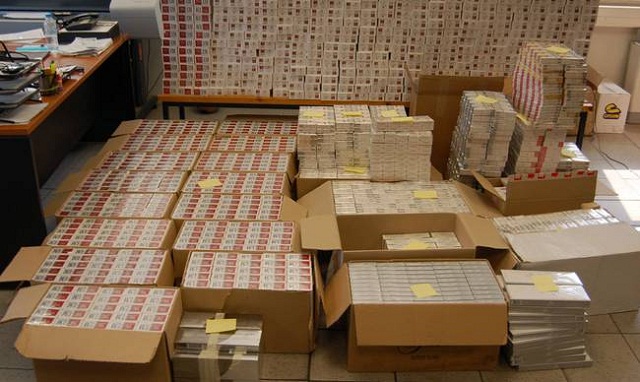 Customs authorities at the Thessaloniki port on April 4 confiscated some 12.5 million illegal cigarettes, worth 2.5 million euros, that were labelled as ‘textiles’ and hidden on a ship which came from the port of Sheku in China, the Independent Authority for Public Revenue (AADE) reported on Tuesday.

An X-ray scan raised the suspicions of customs inspectors, who used ‘Hacker’, the agency’s sniffing dog, to confirm the hidden shipment of cigarettes.

The incident was reported to the Thessaloniki Prosecutor’s Office.