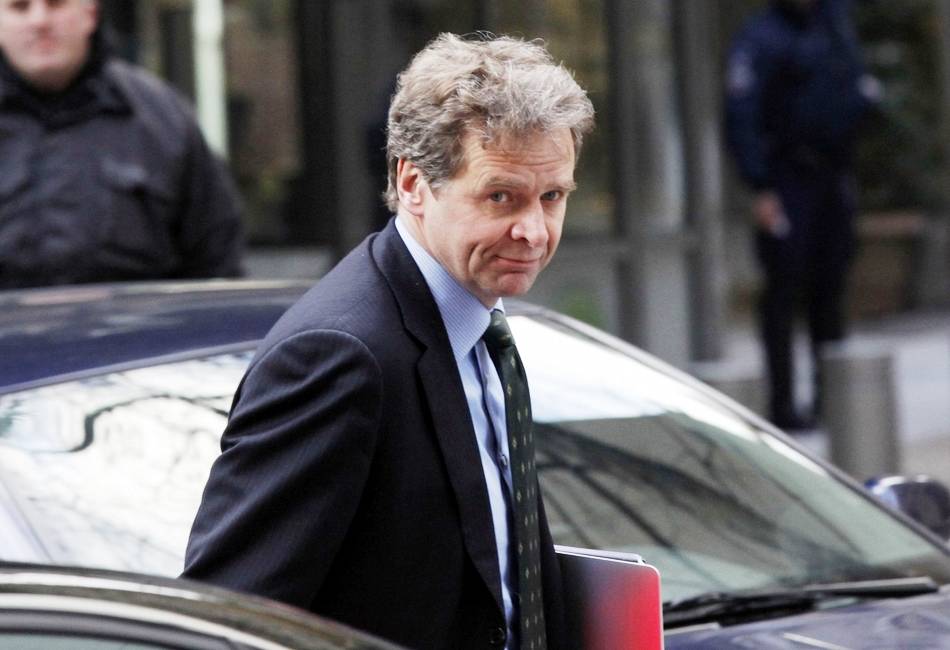 The chief of the International Monetary Fund’s European Department Poul Thomsen has called for the Greek government to take measures worth 9 billion euros by 2018, which is unavoidable result in pension cuts, in order to fulfill the bailout program obligations.

According to the Greek bailout program, a primary surplus of 3.5% GDP is expected in 2018, with Mr. Thomsen claiming that this will in turn require that measures worth 4% to 5% of the GDP will be necessary. Mr. Thomsen argued, however, the reforms alone will not make the country’s debts will not become sustainable without relief; similarly, he added, the pension system will not become sustainable without reforms.

The IMF officer further commented in his blog post that there is limited room of alternatives to pension cuts, since there have been significant cuts in other expenses. Mr. Thomsen also noted that tax rates are high and tackling tax evasion is problematic.

Having successfully pulled Greece from the brink last summer and subsequently stabilized the economy, the government of Alexis Tsipras is now discussing with its European partners and the IMF a comprehensive multi-year program that can secure a lasting recovery and make debt sustainable. While discussions continue, there have been some misperceptions about the International Monetary Fund’s views and role in the process. I thought it would be useful to clarify issues.

It is argued that the IMF has made its participation dependent on socially draconian reforms, especially of the pension system. This is not the case. Ultimately a program must add up: the combination of reforms plus debt relief must give us and the international community reasonable assurances that by the end of Greece’s next program, after almost a decade of dependence on European and IMF assistance, Greece will finally be able to stand on its own. This implies an inverse trade-off between ambition of reforms and strength of debt relief—we can certainly support a program with less ambitious reforms, but this will inevitably involve more debt relief.

This said, no amount of pension reforms will make Greece’s debt sustainable without debt relief, and no amount of debt relief will make Greece’s pension system sustainable without pension reforms. Both need to come about. There is no doubt that both Greece and its European partners will face politically difficult decisions in the coming months to arrive at a program that is viable—one that adds up.

Such difficult decisions cannot be “kicked down the road” through unrealistic assumptions. While there is much scope for increasing productivity through reforms, the past six years have shown that the scope and pace of reforms acceptable to the Greek society is not commensurate with an early improvement of productivity and sustained high growth. Thus, assuming that Greece can simply grow out of its debt problem without debt relief—by rapidly transitioning from the lowest to the highest productivity growth within the euro zone—is not credible. Similarly, the very limited success in combating Greece’s notorious tax evasion—to make the well-off pay their fair share—means that pension reforms cannot be avoided by simply assuming higher tax collections in the future.

Why the focus on pension reforms? Despite the pension reforms of 2010 and 2012, Greece’s pension system remains unaffordably generous. For instance, the standard pensions in nominal Euro terms are broadly similar in Greece and Germany, even though Germany—measured by the average wage—is twice as rich as Greece. Add to this that Greeks still retire much earlier than Germans and that Germany is much better at collecting social security contributions. The result is that the Greek budget needs to transfer some 10 percent of GDP to cover the gaping hole in the pension system, compared to a European average of some 2½ percent. Clearly, this is unsustainable.

But can’t Greece protect pensioners by cutting somewhere else or increasing tax rates? There is some scope for those measures, but it is very limited. Most other spending has already been cut to the bone in an effort to protect pensions and social payments, while the failure to broaden the base and improve compliance has already caused too much reliance on high tax rates. To reach its ambitious medium-term target for the primary surplus of 3½ percent of GDP, Greece will need to take measures in the order of some 4-5 percent of GDP. We cannot see how Greece can do so without major savings on pensions.

Pension reforms will of course be socially challenging for the Greek people, which have seen exceptional hardship in recent years. In fact, social pressures have already forced reversals of course—under both the previous and the current government—and Greece is unfortunately much further away from its medium-term goals than it was in mid-2014, before a major fiscal relaxation erased what proved to be only a temporary primary surplus. In this regard, the government is right to point out that pensions in Greece have a broader social function. But using pensions in this way is not a durable solution. What is needed—and what the IMF has argued for—is a modern social safety net that is sustainable over the medium term.

Could a primary surplus target well below 3½ percent of GDP make the necessary pension reform less demanding? Perhaps, but that would necessitate more debt relief. This is understandably controversial among Greece’s European partners, in part because several of them are required to run similarly high surpluses to preserve debt sustainability, and in part because some of the countries that would be in effect paying for debt relief to Greece are poorer than Greece, paying much less generous pensions to their own people. With the euro zone still far from being a political union, a compromise will need to reflect such political constraints. The IMF is willing to work with the combination of reforms and debt relief on which Greece and its European partners can agree. But again, it needs to add up.

The IMF does not want Greece to implement draconian fiscal adjustment in an already severely depressed economy. In fact, we have time and again been the ones arguing for a fiscal adjustment path that is more supportive of recovery in the near term and more realistic in the medium term. We have yet to see a credible plan for how Greece will reach the very ambitious medium-term surplus target that is key to the government’s plans for restoring debt sustainability. This emphasis on credibility is crucial for generating the investor confidence that is critical to Greece’s revival. A plan built on over-optimistic assumptions will soon cause Grexit fears to resurface once again and stifle the investment climate.

The overriding objective of the IMF’s engagement with Greece is to help the country put itself back on a path of sustainable growth that benefits the Greek people. The IMF will support the Greek authorities and their European partners in developing a program of reforms and debt relief that adds up. There are difficult choices to be made, but it is important to make them so that Greece’s efforts over the last six years are not wasted.