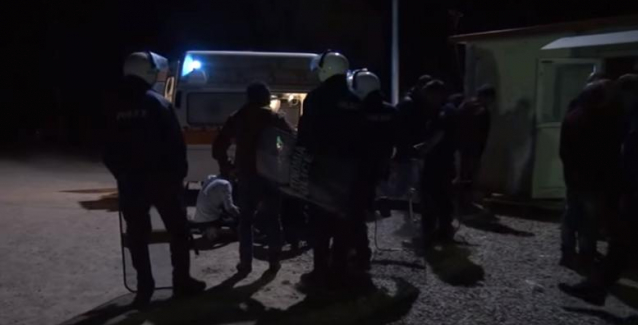 Three migrants were rushed to hospital with injuries inflicting by a sharp instrument, following fighting between groups of Afghans and Iraqi Kurds at the Souda migrant and refugee camp on the island of Chios on Saturday night. The fighting ended after MAT riot police intervened, while sources said that one person was detained.

Meanwhile, groups of migrants continued protesting in Mytilene on Saturday against their lengthy detention on the island and the delays in examining their asylum applications by the appropriate authorities.