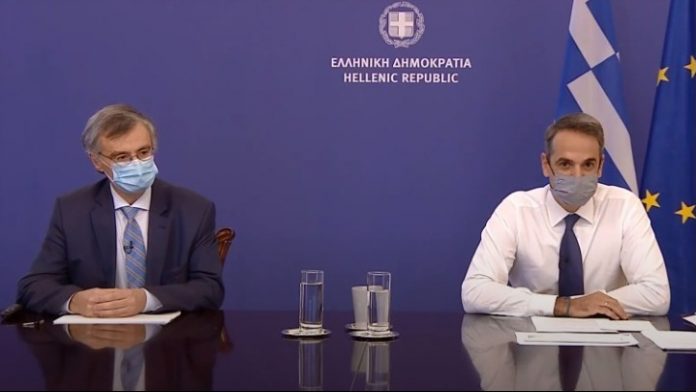 Prime Minister Kyriakos Mitsotakis announced a full horizontal lockdown throughout Greece for three weeks from Saturday 7 November at 06:00 until November 30,on Thursday, in a press conference given with the government’s epidemiology expert Prof. Sotiris Tsiodras.

The prime minister said he chose to change the familiar format of his address to the nation and include Tsiodras in order to emphasise that the government is acting on the advice of experts, on the basis of the science.

Mitsotakis said that the government wanted the citizens to once again be allies in this effort, displaying the same spirit of solidarity as in first wave of the pandemic. He noted that the second lockdown would be similar with that imposed in March but with some significant differences, chief among which will be that schools and kindergartens will remain open apart from high-schools and lyceums, which will operate remotely, and the universal use of masks in all areas.

Regarding the reasons for taking the measures now, Mitsotakis said this was prompted “because we saw an exponential rise in cases” and in a bid to act early.