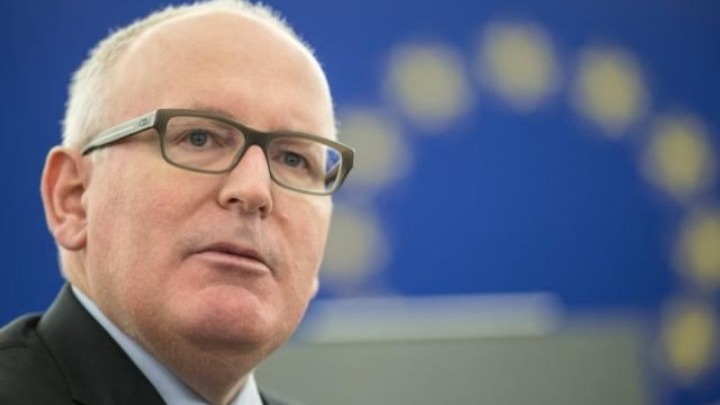 Frans Timmermans, the European Socialists’ lead candidate for the presidency of the European Commission, aired a supportive speech at Movement For Change (KINAL) party’s convention on Sunday, calling for ”unity” as a “prerequisite for a Europe of social principles and cohesion, a Europe with a rule of law.”

Timmermans said that there are no differences among progressive socialist forces and warned that if any do in fact exist, “they are insignificant compared to the consequences of a potential prevalence of the Right in Europe,” he said.

“I see the Greek people have suffered, afflicted by the crisis, but they are still standing,” said Timmermans, who went on to say that “if we want to see Greece and other European countries having a future, then there must be an end to austerity,” voicing his conviction that Europe can change.

Timmermans made an extended mention to Andreas Papandreou as a paragon of socialist values and democratic struggles.