The vote of confidence of British airlines and tour operators towards Greece was also expressed with a new agreement concluded within the framework of WTM in London. After the meeting of the Minister of Tourism Vassilis Kikilias and the General Secretary of EOT Dimitris Fraggakis with the CEO of EasyJet Johan Lundgren and the CEO of EasyJet Holidays Garry Wilson, it was announced the increase of the company’s availability by 500,000 seats compared to 2019.

According to the agreement, the available airline seats of the company for Greece in 2022 will be 1.6 million, from 1.1 million in 2019, while the intention was expressed to reach 2 million seats.

The bet of sustainable tourism 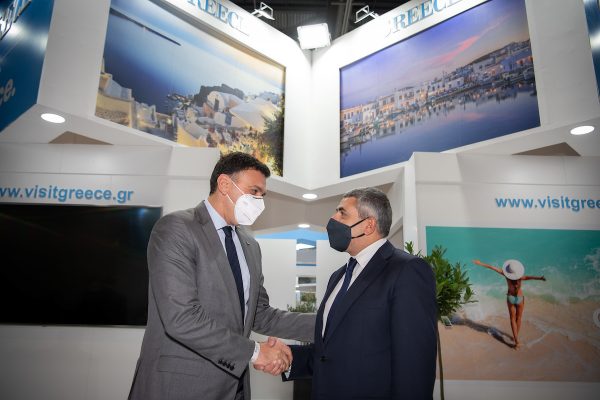 At the center of the meeting, which took place at the Greek pavilion of WTM, was the “bet” of sustainable tourism, in view of the General Assembly of the POT to be held on November 30 in Madrid.

In this context, the Minister of Tourism is to convene in November a special meeting of the Regional Committee for Europe of the WHO, of which Greece holds the Presidency.

Thus, Greece continues its leading role in the Presidency of the European Regional Committee in the World Tourism Organization, taking initiatives to promote the issues of sustainable tourism and security.

In his statements after the meeting, Mr. Kikilias stressed that “we want to be leaders in tourism, to lead the effort made for a sustainable tourism model and this to be transformed into practices compatible with the rest of the world that will always be applied.” to add that “The Prime Minister already made the announcements yesterday, the first steps have been taken in this direction, with islands such as Astypalea and Halki. “In the part of the strategy, in which we will seek cooperation and understanding with the other countries, I believe that a new sustainable tourism model and a new sustainable tourism product with a reduced environmental footprint must move forward together.”

In addition, it was decided to organize a Conference in Greece, on the subject of tourism retraining and upgrading the skills of employees in the tourism sector (reskilling and upskilling). 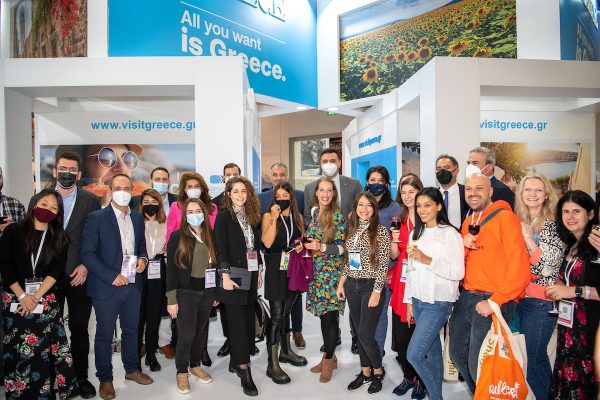 In all his interviews, the Minister of Tourism addressed a call to the British to visit Greece, “illuminating” lesser-known destinations and giving special emphasis to the city break, but also to the strategic decision of our country to be a global model of sustainable tourism development.

The Minister of Tourism had a very special meeting at the Greek pavilion, as he talked with young bloggers and start-uppers active in the tourism sector.

Vassilis Kikilias asked them to spread the beauty of Greece, emphasizing the special forms of tourism and the special experience that a visitor to Greece can have.