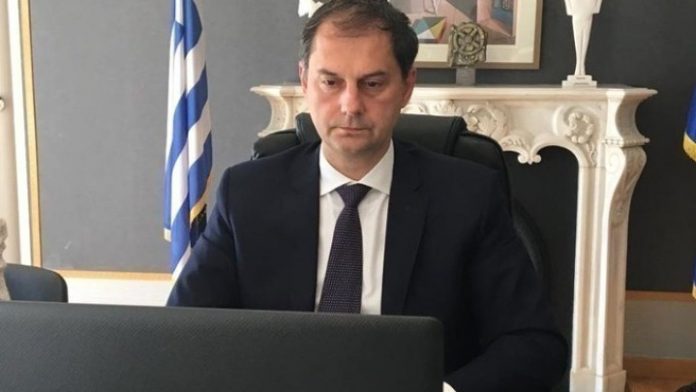 Greek Tourism Minister Harry Theocharis is scheduled to meet with state officials and representatives of travel agencies during a visit to Moscow on Wednesday.

His visit is part of a series to countries of high interest to Greek tourism, ahead of the sector’s opening for 2021.

On Wednesday (April 14) afternoon, he will attend a photography exhibition at ITAR-TASS news agency that honors the Year of Greece-Russia History.

On Thursday (April 15), he is scheduled to meet separately with head of Russian Federal Agency for Tourism (Rostourism) Zarina Doguzova and Dmitriy Zverev, vice minister of transport.

On Friday (April 16), Theocharis will meet with alternate head of the Culture, Sports, Tourism and National Policy division in the Russian government Christofor Alexandrovich Konstantinidi, honorary consul of Greece in Sochi Dimitri Sarakianidis, and First Vice-President of the Russian Geographical Society Nikolay Kasimov.

During all these meetings the Greek minister will discuss regulations and protocols for reopening the sector and borders under coronavirus pandemic restrictions, and the further expansion of Greek-Russian relations in the tourism sector.

In addition, during his stay in Moscow, Theocharis will meet with the Greek ambassador, the Greek community, Russian officials and investors, the Greek head coach of CSKA Moscow basketball team Dimitrios Itoudis, and the team’s owner as well.

Included in his scheduled meetings are representatives of leading travel groups and agencies in Russia – such as Mouzenidis Travel, TEZ TOUR, Biblio Globus, Pegas, Ambotis, Coral, and TUI – as great interest has been expressed in the restart of Greek tourism, while the minister will also be granting interviews to leading television and news media in Russia.