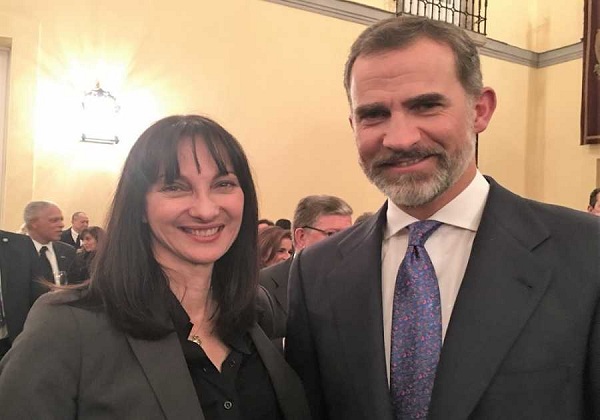 Tourism Minister Elena Kountoura on Wednesday had a brief meeting with King Felipe VI of Spain at the Palacio Real el Pardo. Kountoura is currently representing Greece at the FITUR international tourism exhibition in Madrid, where the Greek National Tourism Organisation has a pavilion.

During the meeting, which took place during an event hosted by the Spanish royal family for the ministers and officials of states participating in the exhibition, Kountoura talked about Greece and Greek tourism.

At the Greek pavilion, the minister had meetings with representatives of the Spanish and international travel industry, as well as travel agencies specialising in package holidays to Greece. She is also scheduled to give press conferences to the Spanish media in order to promote and advertise Greece as an attractive worldwide tourism destination, hoping to increase the flow of Spanish tourists to Greece.