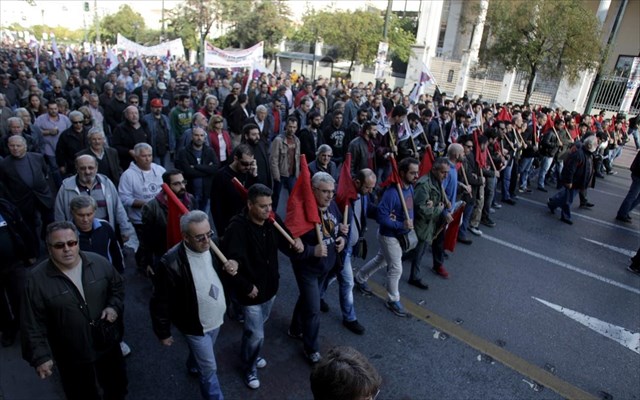 Trade union front PAME held a rally in front of the Greek parliament on Monday to protest the government’s plans to reform labour relations.

Speakers at the rally said they demand a restoration of the minimum wage to 751 euros per month, of collective labour agreements, of the Christmas and Easter bonuses and an increase in pensions and benefits.