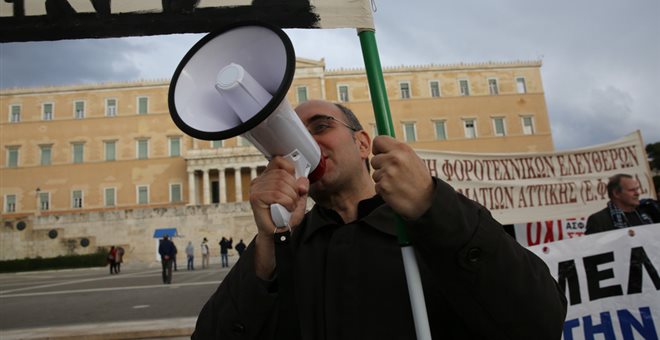 Greece’s largest trade union federations held a strike rally in Klafthmonos Square in central Athens on Tuesday to mark the May 1 anniversary of Labour Day, with “Democracy, Justice, Equality, Freedom, Peace, Labour Rights” as its central slogan. The rally was organised by the General Confederation of Employees of Greece (GSEE), the civil servants’ union federation ADEDY and the Athens Labour Centre (EKA).

Speakers at the rally sent a message for continued labour action against the erosion of labour rights and privileges under austerity and memorandum programmes and the rally was followed by a march to parliament.

The Communist Party of Greece-affiliated labour movement PAME and other party organisations also organised events and rallies to mark Labour Day in the city.