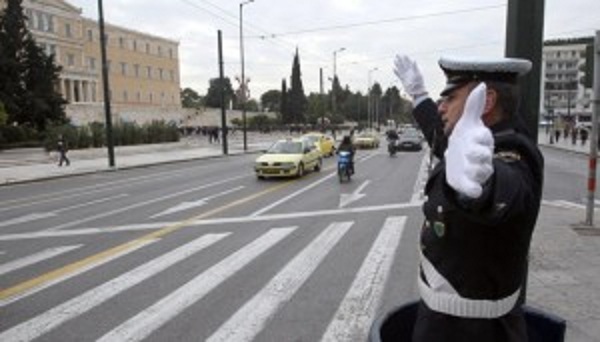 Traffic restrictions will go into effect in central Athens on Wednesday and Thursday to facilitate celebrations for Greek Independence Day on March 25.

Starting on Wednesday, sections of several streets that lead to central Athens will be closed to traffic, including Lenorman Avenue at Kolonos, Kalirois Avenue at Neos Kosmos and Koukaki (at Vouliagmenis Avenue intersection) and Marnis Street, which leads to Patission Avenue.

Parking or stopping anywhere in central Athens will be prohibited as of 06:00 in the morning on Thursday until the military parade which starts at 10:00 and passes by Syntagma Square concludes. All the major roads around Syntagma square as far as Patission and Omonia Square and down to Syngrou Avenue will be closed on Thursday.

These restrictions will also affect Lykavitos area, where the road that leads from Lykavitos peripheral road to Lykavitos hill will remain shut to traffic from 12 noon to 19:30 on Thursday.
All public transportation schedules in the area will also be diverted.