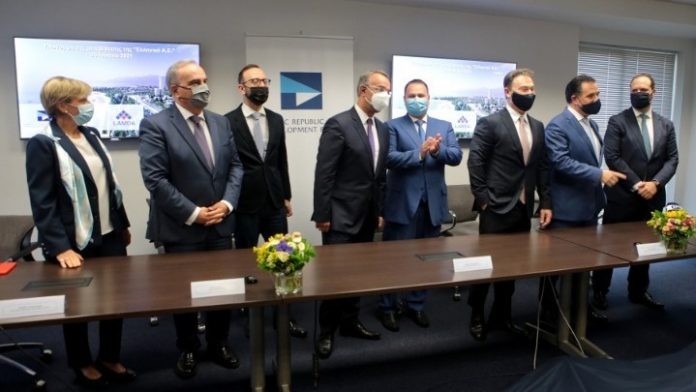 An agreement transferring all stock owned by the Greek state in the company Helleniko SA, which owns the former Athens airport property, to Lamda Development’s subsidiary Hellenikon Global I S.A. – which has now acquired 100 pct of Helliniko SA – was signed on Friday.

The agreement was signed by the Executive Director and Interim CEO of the Hellenic Republic Asset Development Fund (HRADF) Panagiotis Stampoulidis and Lamda Development CEO Odysseas Athanasiou. It marks the start of the development of the former airport and Agios Kosmas beach front in what is described as the biggest urban renewal project in Europe, which will also create the continent’s largest urban park.

HRADF received the sum of 300 million euros as a first installment of a total sum of 915 million euros agreed and received a letter of guarantee for a maximum sum of 347,191,349 euros.

Stampoulidis noted that it took almost 10 years since HRADF first launched a tender for the site in 2012 and the signature of the agreement transferring ownership on Friday, which sealed a flagship investment for the country’s development, which was close to 8.0 billion euros and created the prospects for thousands of jobs and multiplicative financial gain for the Greek state, as well as the local and national community and economy.

“In the coming years, Attica will acquire the largest urban park in all of Europe,” he added.