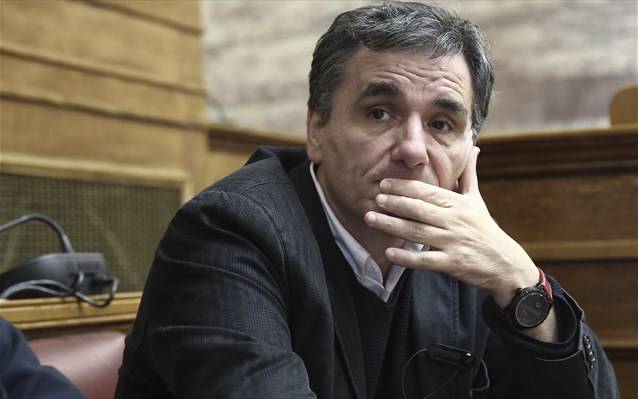 Finance Minister Euclid Tsakalotos pointed to the main opposition on Monday as the possible instigator of Canadian miner Eldorado’s decision to announce the suspension of all investment activities in Greece, to create problems to the government after Prime Minister Alexis Tsipras’ speech on Saturday.

“On Greece’s investment policy and Eldorado, I am satisfied by the statement issued by the minister of energy […] I think the minister has presented the issues very well. I think New Democracy tried, maybe in co-operation with the company, to create a problem just after the TIF, where the prime minister announced, not investments, but how to organize the investments-under what conditions, in what context, with which strategy. This is what is important,” he told lawmakers.

“It is not just a matter of bring a big investor [to Greece], seeing a minister and saying this is what I want to do. The issue is to have rules, to have tools and targets, what kind of investments you want, what kind of filters you will have so that the country can exit the crisis without returning to the period before 2009,” he added.

The statement followed a relevant question raised by Potami MP Giorgos Amyras, who asked Tsakalotos if he shares the view of Prime Minister Alexis Tsipras’ strategic advisor Nikos Karanikas who urged the local community in Halkidiki, where Eldorado is operating, to “go out and celebrate”.