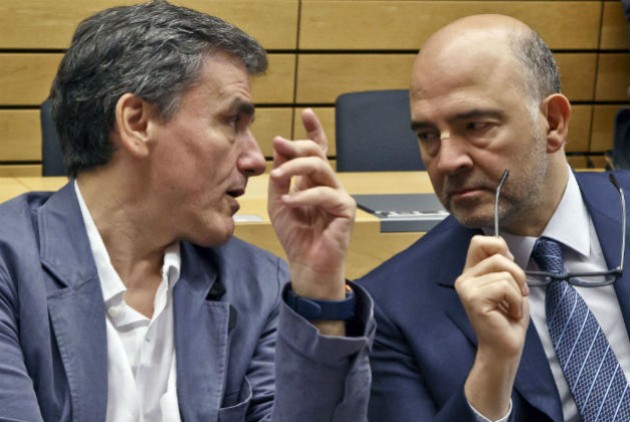 Greece’s upcoming third program review and the preparation for the country’s exit from the adjustment program in August 2018 were discussed in a meeting between Finance Minister Euclid Tsakalotos and EU’s Economics Commissioner Pierre Moscovici in Brussels on Tuesday.

“Commissioner Moscovici and Mr. Tsakalotos exchanged views on the priorities of the next review of the Greek program,” a Commission spokesperson said after the meeting, adding the two officials also wanted to “pave the way for a successful exit from the program in less than a year from today”.