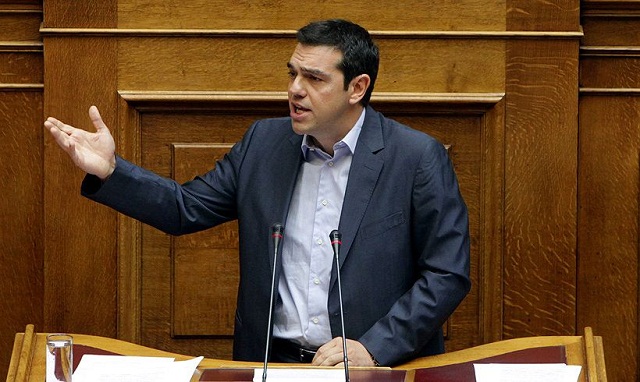 Main opposition SYRIZA-Progressive Alliance leader Alexis Tsipras began his speech in Parliament on Thursday with a harsh attack on Prime Minister Kyriakos Mitsotakis, attributing to him “an Orwellian perception on the management of public opinion”.

He described the prime minister’s speech as extremely divisive and accused Mitsotakis that “the way you are trying to manipulate public opinion is really impressive. Even Orwell would envy you. You are taking advantage of the emergency and you have imposed a regime of fear and surveillance. Anything that bothers you is dangerous to public health and forbidden. Sometimes you impose heavy fines and bans. But you do not care one bit about crowding in workplaces or in means of public transport.”