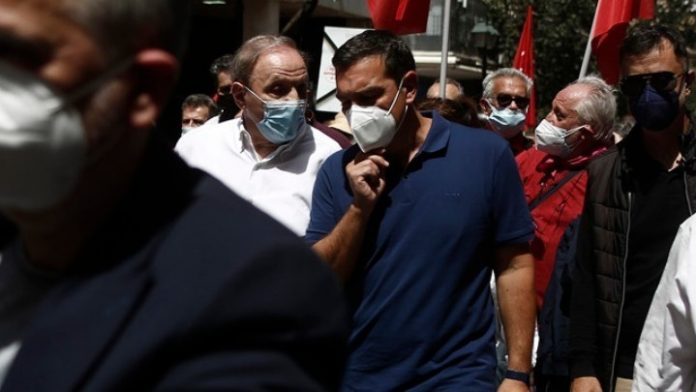 The mass turnout for Thursday’s strike was a message that this will be a major battle to defend the rights of workers and the popular majority to life and dignity, main opposition SYRIZA-Progressive Alliance leader Alexis Tsipras stated on Thursday at the rally for Labour Day. “This is a battle we will fight to the end,” he added.

“Whereas, throughout the world, the pandemic makes governments realise that people’s needs, human life, are above profits, the Mitsotakis government in Greece is moving in precisely the opposite direction and attempting to take advantage of the pandemic to impose the most anti-popular and reactiοnary measures ever introduced by any Greek government against the working people, the abolition of the eight-hour working day. It takes us back to very very old times,” Tsipras said.
He added that the eight-hour day has been established through the struggles of the labour movement in Chicago since 1886, when the celebration of Labour Day was established. “Perhaps they should reconsider,” he concluded.