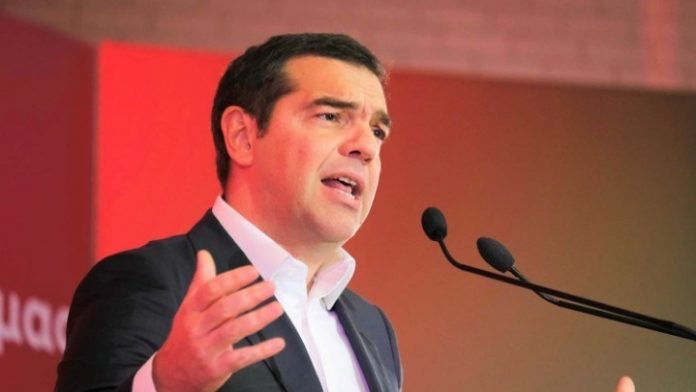 Prime Minister Kyriakos Mitsotakis should “at the very least brief political parties on what his government’s strategy is on Turkey, on the latter’s rising aggression, and on his next moves,” main opposition leader Alexis Tsipras said at his closing speech at SYRIZA and Progressive Alliance’s central reconstruction committee on Sunday.

Wrapping up the two-day meetings, Tsipras underlined the two criteria “differentiating progress and conservatism: Which are the social categories political powers represent with their policy, and what their stance is against nationalism.” He then charged New Democracy with “a targeted policy of giving little to the many and a lot to the few,” following what he said was an economic oligarchy.

The former prime minister also criticized speeches at the New Democracy (ND) conference, held the same weekend, over the definition of populism. Tsipras said populism was a choice between compromising in order to protect the rights of the people you are defending, or taking a stance that poisons the Greek people in order to gain votes.

Referring to the Prespes Agreement, which his government signed in June 2018 and which ND, then main opposition, vehemently opposed, Tsipras said that Mitsotakis must take a stance and clarify “whether he himself and his government can guarantee this Agreement,” otherwise he would be “leaving wide open the destabilization of the country from the north as well.”