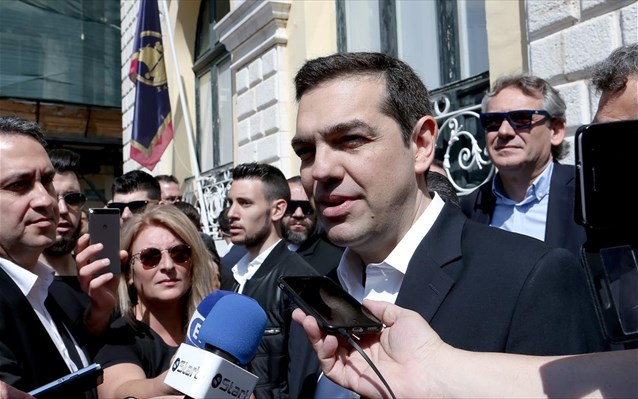 Prime Minister Alexis Tsipras in his speech at the informal dinner of the EU heads of state and government will underline that the new president of the European Commission, as well as everyone who will be placed in senior institutional positions in the European Union, must support the unity and ideals of the EU, such as solidarity, democracy and social cohesion for a European Union more attractive to citizens that will place emphasis on growth and economic and social convergence rather than austerity, according to sources.

Tsipras will visit Brussels on Tuesday to take part in the informal dinner, held by European Council President Donald Tusk, to assess the results of the European elections.

The Greek prime minister will also participate in the preparatory meeting of the European Socialists.

After the conclusion of the dinner, Tusk and European Commission President Jean-Claude Juncker will hold a press conference.