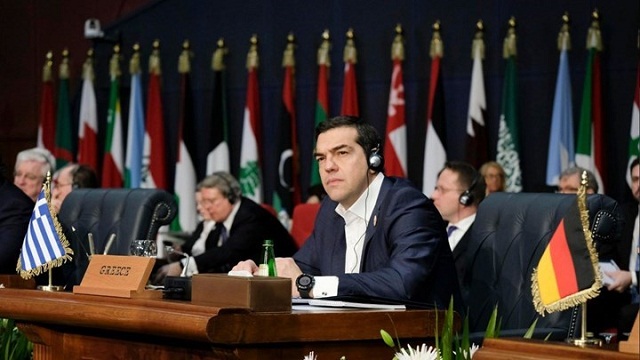 “Greece is constantly seeking to be a catalyst and bridge to the Euro-Arab dialogue,” Prime Minister Alexis Tsipras said late on Sunday during a speech at the first European Union-Arab League summit in Sharm el-Sheikh, Egypt.

The prime minister explained that Greece is “a country with strong historical, cultural, economic and religious ties to the Arab world … a country that – along with Cyprus – are in the North African-Europe-Middle East triangle, and has experienced the consequences of crises on security and migration, but has also identified the great opportunities opened up for transport, economy, tourism and restructuring of the energy map.”

But also a country, the Prime Minister said, “with tens of thousands of Arab citizens and residents, with a people who did not hesitate to support the refugees who arrived in 2015-2016 as a country with stable positions in favour of peace and stability, a country that has upgraded its bilateral and trilateral relations (together with Cyprus) with Egypt, Jordan, Palestine and Lebanon, and bilaterally with an extremely important country for the region – the UAE.”

He also referred to the Rhodes Security Summit and the Conference on pluralism and religious tolerance that our country has organized as well as supporting the important annual Euro-Arab Conferences in Athens.

The prime minister emphasized the need to broaden Euro-Arab cooperation, noting that “our relations must be multi-level.”