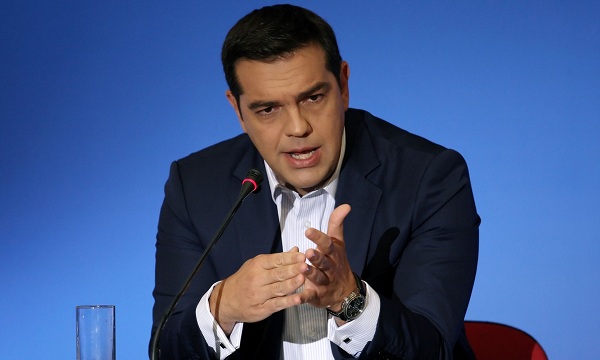 The coexistence of Christians and Muslims in Thrace is a message of hope that their common lives will continue to be creative, Prime Minister Alexis Tsipras said on Friday during a visit to the musical high school of Komotini, a city with a sizeable Muslim population, in northeastern Greece.

“In this school you’re Christians and Muslims and this is a message of optimism that our coexistence was and will continue to be creative, and that culture, as one of the biggest weapons along with education, will forge our identity so that we can respond to the challenges of the new era,” Tsipras told students.

“We will fight to achieve the best for the country and to achieve this, we must improve or education system and support young people,” he added and vowed to help musical schools around the country financially, describing them as a “great legacy” of the educational system.

Meeting earlier with the director of the school, Ilias Ioannakis, they discussed the need to staff musical schools with permanent teachers. Ioannakis slammed the efforts of individuals he didn’t name to spread nationalism among the pupils, saying he purposely chose to play Greek songs and one Turkish to show their guests how people in the region celebrate.

During the visit, Ioannakis also invited SYRIZA MP Ayhan Karayusuf to sing with the students.

Earlier, Tsipras visited a high school of the Muslim minority in Xanthi where he urged pupils not to allow divisions between them.

“I am asking you from my heart to love school and knowledge. So today I decided to visit your school to mark that our knowledge, our schools will be a priority. And not divide children according to the God they believe in, not divide children between minority and majority, because all of our children are the same and have equal rights. You are all Greek citizens and the state is obliged to give you everything, all the equipment needs in order to prosper,” he added.