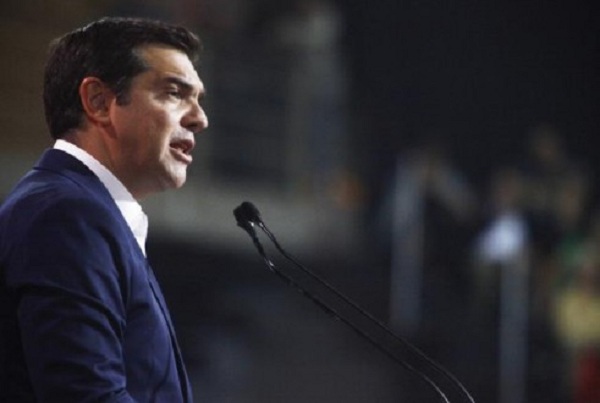 Prime Minister Alexis Tsipras said on Wednesday he is optimistic that there will be a positive result at the Eurogroup meeting on May 22, based on the positive messages he is receiving, adding that after the review the country could attempt a trial return to borrowing from capital markets.

Speaking to journalists in parliament, he joked that the messages “are too good to be true” and “so positive I may have to wear a tie.”

He also said that after the program review is concluded, Greece will receive “a tsunami of investments”.

Asked if Thursday’s vote in parliament on the prior actions agreed with the country’s lenders could be seen as a vote of confidence, he said every vote has such an element and criticized New Democracy’s decision to vote against the positive measures included in the bill and submit its own amendment on what offsetting measures to include.

“I’m struck by the fact that ND’s amendments focus on the positive measures. There’s no discussion on the [negative] measures, only a commitment to implement them, although these measures will not be implemented if there’s no deal on debt,” he added.