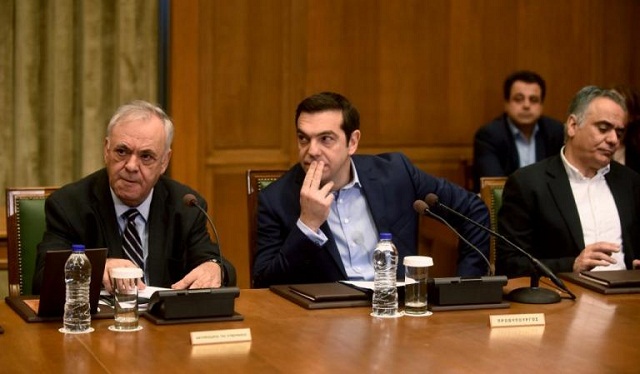 The conclusion of the fourth programme review is one more decisive step towards a final exit from the memorandum period, but it is not the only one, Prime Minister Alexis Tsipras said on Monday during a cabinet meeting.

“There are still some steps to be taken in the final stretch,” he added.

According to the prime minister, the first step is to make the measures for easing Greece’s debt specific. Discussions that will produce this result were already in progress, he noted, and will have to be approved by the Eurogroup. Tsipras pointed out that these discussions were not haphazard nor started from scratch, however, but based on the framework decided at the Eurogroup last June, which included the general framework of the settlement in the short, medium and long term.

“It’s not just a plan that lists growth targets,” the prime minister said, adding: “It is an overall plan, which includes both the aims in the different areas of social and economic development and the concrete actions to achieve these goals. So we are talking about a coherent strategy. Starting from the current period in which the country is overcoming recession and economic crises, it extends over the medium to long-term.”

The country’s strategy in the post-programme period is to fight undeclared work, restore the basic principles of collective negotiations and raise the minimum wage, Tsipras stressed during the cabinet meeting.