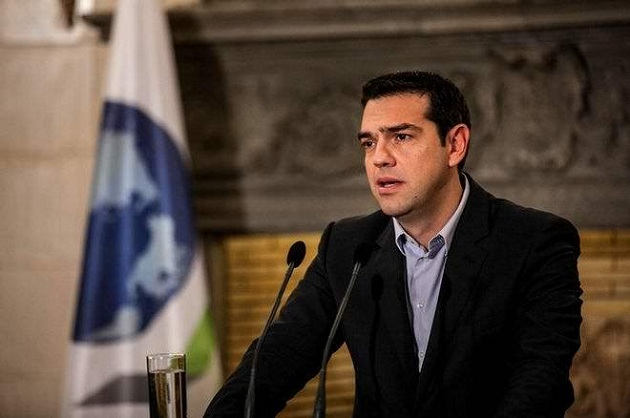 He added that Greece will not accept any changes in the current agreement and that the proposal “has little chance of being adopted” by EU leaders at a summit in Brussels. He also pointed out that in 2015, Greece was faced with the largest migration wave since World War II.

Commenting on the living conditions on the five islands of the eastern Aegean that receive most refugees, he admitted the situation is not pleasant and is difficult to manage. “We have to implement a difficult deal with objectively complicated and time-consuming procedures,” he said.

Tsipras acknowledged the suspicion of local authorities and islanders adding however that the government is “on the same side” and urged them to cooperate, because “if the [EU-Turkey] deal collapses, they will be the first to bear the burden.” He also said there is a plan to decongest the islands.

Asked about the country’s exit from the bailout program in 2018, he said he “will be the first to take the country out of the memorandums in which others have put us.”

“Today, the keys to the state budget safe do not belong to the Greek government, they are held by our lenders. We will take those keys after August 2018 and that will be a landmark moment for the country,” he said, noting that after 2018, the government will present its own reform plan.

He said that the country has suffered doubly over the past few years by the EU’s mistakes and weaknesses, citing outgoing Eurogroup President Jeroen Dijsselbloem who claimed that the first and second bailout programs aimed at saving European banks and not the Greek economy.

Tsipras said that the easing in Greek bond prices show that Greece could potentially return to the markets today, but added that the government “wants to ensure that this will be sustainable, so this will happen after the exit from the program.”

He defended the government’s work, saying it has succeeded where the governments of former prime ministers George Papandreou and Antonis Samaras failed and added he wants the next elections in September 2019 to be about Greece’s future and for his government to be judged by its results.