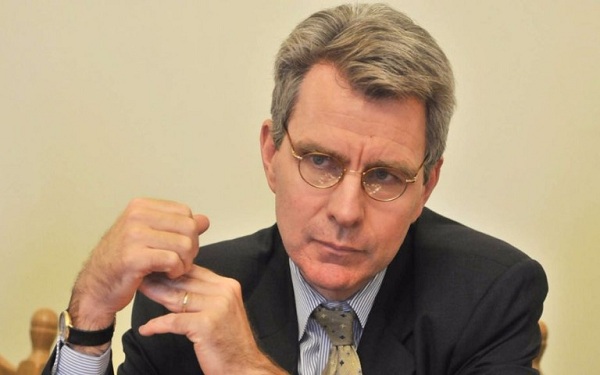 Greek Prime Minister Alexis Tsipras visit to US will be a success because of the close relationship between the United States and Greece and how closely their interests align in world affairs, U.S. Ambassador in Athens Geoffrey Pyatt said, in an interview with the Greek-American newspaper Greek News on Saturday just days before Tsipras’ meeting at the White House with U.S. President Donald Trump.

Ambassador Pyatt describes the visit as a symbol of commitment to the existing partnership and the readiness to further enhance it. He says the United States will be looking for ways to encourage more U.S. investment to Greece.

On Souda Bay he said the two sides will explore ways to make enhanced use of this platform that has benefited both our countries since its establishment in 1969.

I can’t emphasize enough the importance of Souda to regional and global peace and security, he stressed, clarifying that it only represents one of the pillars of our alliance. Greece plays a critical role in the EU, in NATO, in the Balkans and the Eastern Mediterranean, he added