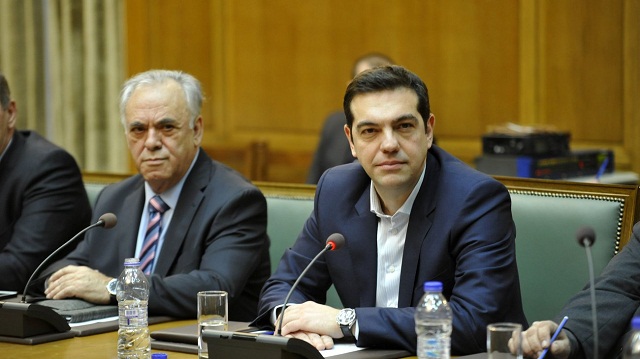 The priority for the government will be to regulate the labour market and increase the minimum wage, Prime Minister Alexis Tsipras said on Friday, addressing the new cabinet formed after the recent government reshuffle.

This was the first cabinet meeting held after the end of the adjustment programme and Greece’s exit from the memoranda, Tsipras said and welcomed the new ministers joining the cabinet.

“We have entered a new phase and we are faced with great challenges,” he added.

“Greece’s exit from the memoranda fills the Greek people with reasonable expectations for the improvement of their living standards, relief from the burdens of austerity, more effective treatment of everyday problems, but, above all, with the expectation to proceed based on a plan,” the prime minister said.

All this, he said, “so that the country never returns to a default adventure, but also to exploit the great and untapped potential of this place.”

“We are called to envision, to design and implement a new promising prospect for post-memorandum Greece,” he noted.

“The cycle of the memoranda has closed and therefore the cycle of fiscal adjustment. The cycle of supervision as well as the cycle of cuts. It is time to open the cycle of relief, social support policies, the virtuous circle of equitable growth. Of course, always with caution and wisdom, without repeating the mistakes of the past that led the country to memorandums and decay,” he said.

Tsipras also referred to the need to create a investor-friendly environment that will attract investments.