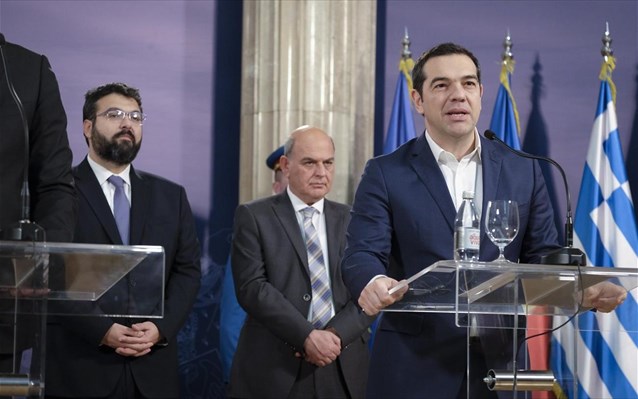 Prime Minister Alexis Tsipras referred to the projects underway in the Balkans in the sectors of transport, energy and infrastructures during the press conference after the conclusion of Serbia, Greece, Bulgaria and Romania Quadrilateral Summit that was held in Belgrade on Saturday.

“I want to point out the great importance of Thessaloniki port, a city that aims to have the biggest port of all the Balkans” he said.

Concluding he spoke of the four countries’ candidacy for the organisation of the World Cup in 2030 or the EURO 2028.

“It is an initiative with special symbolism. In the last years there were conflicts and confrontations in the Balkans, now we are giving the symbolism of cooperation. We want the Balkans to be a positive model in Europe and in the whole world”, Tsipras said.