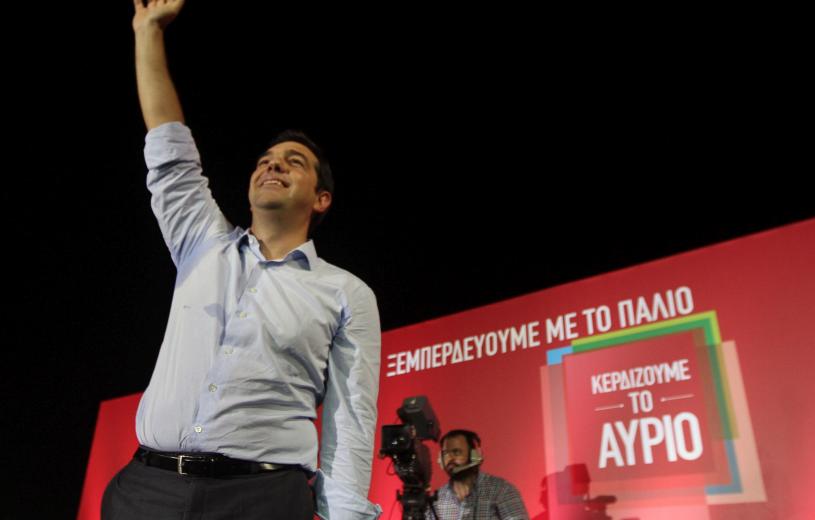 Sunday’s electoral result and its significant message to Europe about a stable government looking to complete a four-year term was the main theme of Tsipras’ discussion with journalists at the party’s headquarters in downtown Athens.

With close to 93% of the votes counted early on Monday, SYRIZA came first with 35.53%, followed by New Democracy with 28.05%. Because of the electoral system, the leading party gains an extra 50 seats, bringing the party’s seats to 145 out of a total 300 in Parliament, short of the 151 majority needed to pass legislation.

Tsipras told the media that as Independent Greeks (ANEL) party leader Panos Kammenos – his coalition partner in the former government – had publicly expressed his support, there is a majority, therefore when he is presented by the president of the republic with a mandate on Monday, he will be able to form the government.

Around 13:00 on Tuesday, he will be chairing a party meeting.

On Wednesday, Tsipras will attend the emergency European Council meeting on the migrants issue where he will also represent Cyprus Republic President Nicos Anastasiades, by request of the latter, who is in the United States.

On Sunday, Tsipras will attend the United Nations conference, where he is expected to meet with US President Barack Obama on the sidelines of a reception for country leaders.

Talking about the electoral results, Tsipras said that following SYRIZA’s internal problems, the government is now solidified, and he forecast the possibilities of turmoil in some opposition parties.

His priority he underlined was the battle for the debt, in which he would request the support of all political leaders. He said he would propose the founding of a council on European issues, modelling the national council of foreign policy, where representatives of parties may participate institutionally, provide information and table proposals.

He also said the party was looking towards the beginning of next year or the spring for a party congress, and expressed pleasure at the high percentage of youth voting for his party.