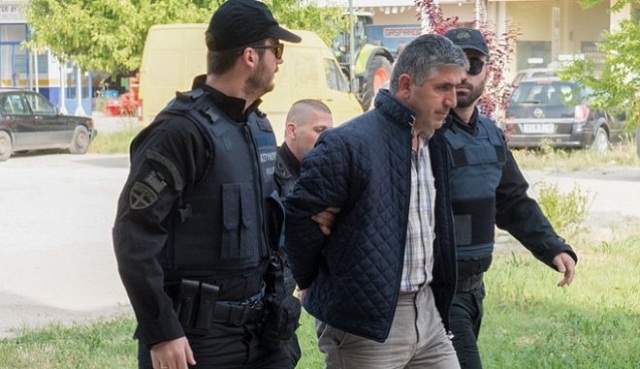 A Turkish national that illegally crossed the border into Greece was on Thursday sentenced to five months in prison, suspended for three years, and fined 1,500 euros after appearing before a Greek public prosecutor in Orestiada.

An employee of the Edirne municipal council, Musa Alerik was arrested in the Kastanies region of Evros after crossing the Greek border on Wednesday and led before a police court on charges of illegally entering the country. Authorities also confiscated an Edirne municipality JCB excavator that he was driving at the time of his arrest, which he had used to cross the border.

After the sentence was passed, his defence lawyer lodged an appeal and the accused must now return to attend the appeals hearing once a date is set.

According to Athens-Macedonian News Agency (ANA) sources, the process to deport him back to Turkey has already begun but Greek authorities have confiscated the JCB. Alerik has now been taken to the Orestiada police station, where he will stay until deported.