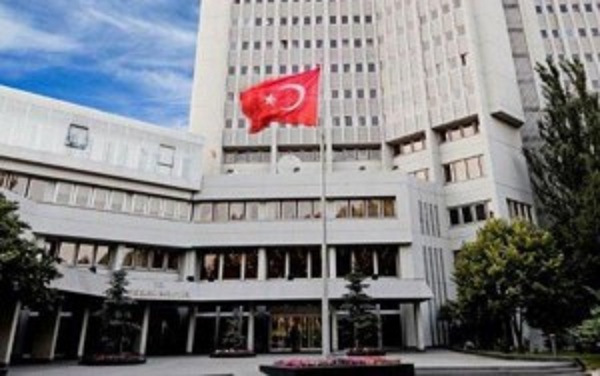 The Turkish foreign ministry said on Thursday it will use “all legal instruments” against the decision of the Greek Supreme Court which rejected on Thursday an extradition request made by the country for eight Turkish army officers, acccording to a statement issued a few hours after the ruling was announced.

“We protest this judgment which prevents these individuals who actively participated in the coup attempt which targeted the democratic order in Turkey, killed 248 members of our security forces and civilians, wounded 2193 of our citizens and attempted against the life of our President, to be brought before the independent Turkish judiciary,” the foreign ministry’s statement reads.

“The Greek authorities who until today have obstructed the members of the terrorist organisations, primarily the DHKP/C and PKK that have targeted Turkey to be held accountable in front of the justice, have with this decision once more displayed that Greece, an ally and a neighbouring country, refrains from fulfilling the minimum requirements of combatting terrorism and crime. […] Our undertakings for the extradition and trial of the perpetrators, by using all legal instruments against this decision of the Greek judiciary, will continue. The implications on our bilateral relations, our cooperation against terrorism and other common cooperation in bilateral/multilateral matters of this decision, which we consider has been taken for political motives, will also be comprehensively evaluated,” it added.