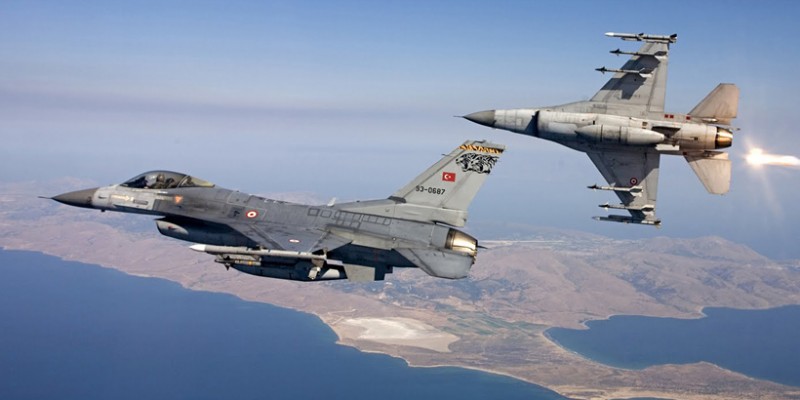 Four Turkish fighter jets entered the Athens Flight Information Region (FIR) without submitting flight plans on Monday, and at 14.42 flew over the islets of Strongylo and Plaka, south of Fourni islands, at an altitude of 16,000 feet.

According to the Greek National Defence General Staff, the two F-16s and two F-4s of the Turkish Air Force were recognised and intercepted by Greek fighter jets.