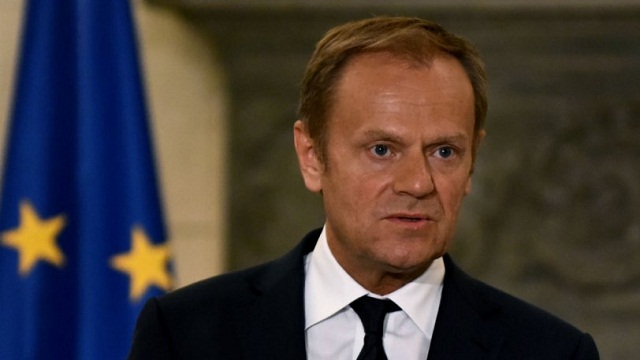 European Council President Donald Tusk said EU leaders of member countries expressed solidarity with Greece and Cyprus after Turkey’s recent aggression in the Aegean and called on Turkey to end all aggression against the two countries, noting the latter’s right to explore and exploit its natural resources.

“I would like to express our solidarity with Cyprus and Greece and urgently call on Turkey to terminate these activities. I reiterate our support for the sovereign right of the Republic of Cyprus to explore and exploit its natural resources, in accordance with EU and international law, including the EU convention on the law of the sea,” he told journalists on Friday after an informal meeting of EU leaders in Brussels.

Tusk also said EU leaders will assess at their next meeting in March “whether the conditions are there to hold the leaders’ meeting with Turkey in Varna on 26 March,” noting the country’s latest actions contradict Turkey’s commitment to good neighbourly relations and their normalization with all member-states.