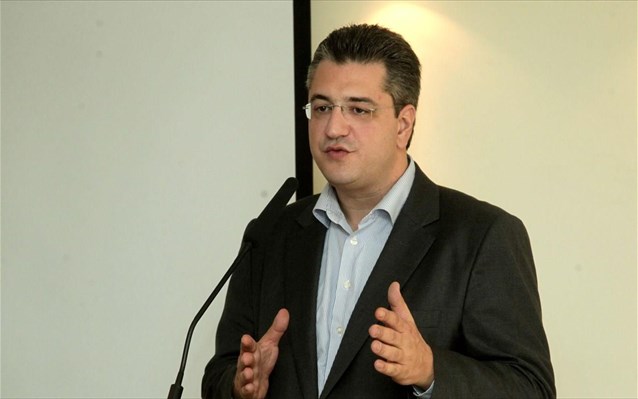 Boosting investments in Macedonia and the creation of a Holocaust Museum in Thessaloniki was discussed in a series of meetings between U.S. Ambassador to Greece, Geoffrey Pyatt, and the regional governor Apostolos Tzitzikostas and city mayor Yiannis Boutaris on Friday.

During the meeting with Tzitzikostas, American diplomats presented the projects supported by the United States in Greece, according to a press release by the regional government.

“Mr. Tzitzikostas told the American diplomats that Central Macedonia could attract important investments in the coming years in various sectors in which the United States are interested in and have innovative businesses. He also explained the efforts to ensure that the region of Western Macedonia will be the first to exit the crisis,” the press release said.

The meetings were also attended by the U.S. Consulate General to Thessaloniki, Rebecca A. Fong.

In Pyatt’s meeting with Boutaris, the mayor expressed his intention to speed up the creation of the Holocaust Museum, noting the aim is to promote the city’s history and spread the message of “Never again”. He also said the Holocaust is an event of exceptional importance for Thessaloniki, as a large part of its population perished.

Concerning the issue of refugees, Boutaris briefed the ambassador on the REACT program which is being implemented by the municipality in cooperation with the UNHCR.

On his side, Pyatt said he wants to make Thessaloniki known as a gateway to the Balkans and informed about his country’s intention to offer know-how for the Holocaust Museum, the municipality said.