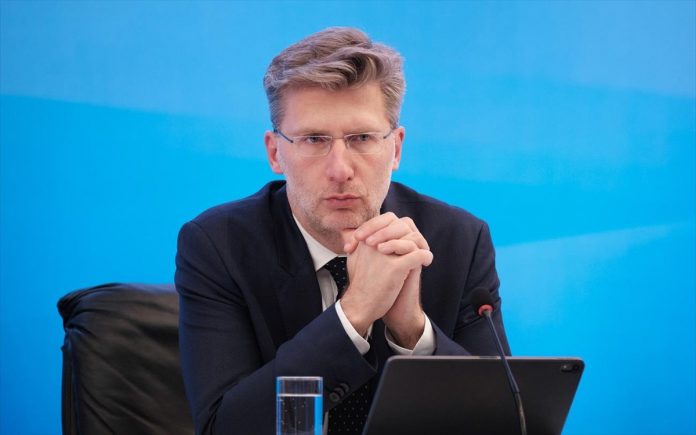 The government does not take divisive or punitive measures, but measures that protect the public health and the individual health of everyone, measures ultimately for all, unvaccinated and vaccinate, says Minister of State Akis Skertsos in an interview with the Mega TV station

In the debate on obligation in the Security Forces, as stated by the leader of the official opposition, Akis Skertsos was categorical: “No, it is not something we are considering, the debate on obligation can be said easily but it is very difficult to apply, especially to the specific groups that have to do with its hard core state “, he explained objecting that” if a percentage in the Security Forces and the Armed Forces is suspended, it is not easily replaced. This in turn leads to a series of gaps that will be created. ”

“There is no study that shows that police officers transmit the virus, so it is imperative that those who come in contact with them be protected and that vaccination be mandatory. Everything is a function of the diaspora,” he said.

SYRIZA’s inapplicable proposals for “optional obligation” – but without practical sanctions – to groups of civil servants other than health workers, offer no health benefit to the general immunity of the population. But they certainly act reluctantly to cover up the systemic ambiguous attitude of the official opposition on pandemic issues and to disrupt critical functions of the state, such as public order and security.

Mandatory vaccination is not a political flag of opportunity. Vaccination obligation is directly related to the risk of exposure and transmission of the virus to vulnerable groups such as patients who go to hospitals to seek treatment and not to catch COVID.

The police can get the virus and transmit it they don’t take self protection measures like the rest of our fellow citizens. But they certainly do not participate in virus spread chains that justify the imposition of any obligation. None of the data from the daily tracking carried out by the competent services with a scientific methodology for 20 months leads to such a conclusion. That is, no research. SYRIZA “parrots” to stop making so much useless noise that it only causes confusion and misinformation.