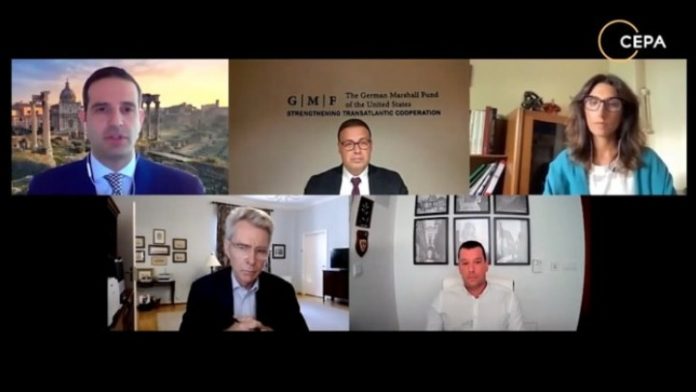 US Ambassador Geoffrey Pyatt spoke of a common strategic vision between the US and Greece, at the Center for European Policy Analysis Panel “ Changing Tides: Great Power Competition In the Eastern Mediterranean” held on Tuesday in Washington.

Pyatt noted the evolving, important role that Greece plays in the Eastern Mediterranean region, with Greece having emerged as a critical US ally in this specific area, an area he said was part of a new global rivalry between major powers.

In this context, the American ambassador stressed that Greece has grown into a country that is a positive example, given that it has proven it invests in cooperative relations within a broad geographical area.

This broad geographical range of the Greek foreign policy’s synergies and initiatives is important to Washington, as the United States seeks friends and allies in the region, in view of the flare-up of rivalry between the great powers, he noted.