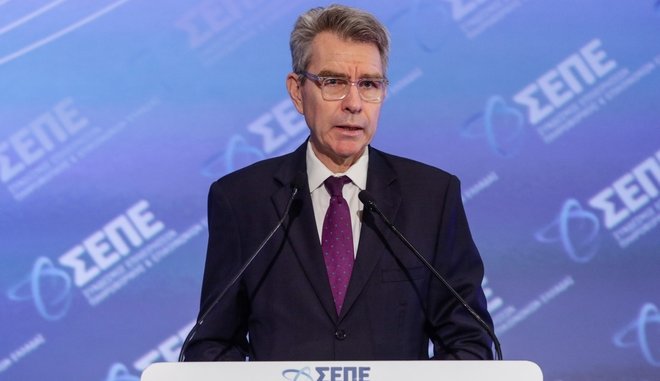 Issues related to defence cooperation on a bilateral and allied level were discussed during a meeting held between newly installed National Defence Minister Evangelos Apostolakis and US Ambassador in Greece Geoffrey Pyatt.

Pyatt and Apostolakis also evaluated the results of recent defence and security talks, which were undertaken during the stategic dialogue between the two countries in Washington.

Furthermore, Apostolakis referred to Turkish misconduct in the Aegean Sea and the wider eastern meditarranean, and stressed the composed and determined attitude the Greek Armed Forces are keeping.