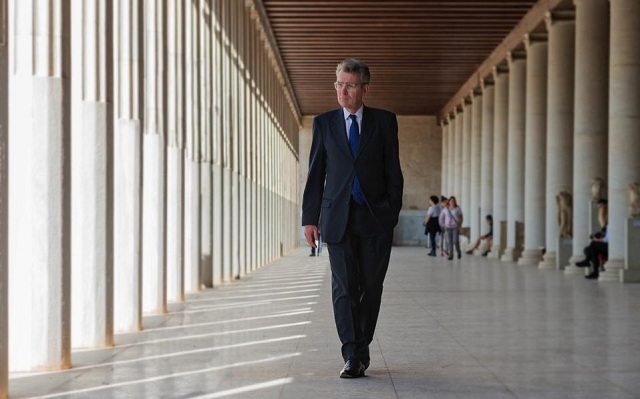 U.S. Ambassador in Athens Geoffrey Pyatt on Thursday denied that Washington had “washed its hands” of the affair involving the two Greek soldiers held in Turkey, or that the US had told Greece to “sort things out” with Turkey on its own, while talking to the Greek news website News 24/7.

“We are not washing our hands of this case. Quite the opposite,” Pyatt said. At the same time, he noted that the United States “are not a referee. We don’t have a yellow card that we can pull out at any time.”

Commenting on a visit to Skopje by Greek Foreign Minister Nikos Kotzias on Thursday, the ambassador said a window of opportunity appears to have opened for a solution to the name issue with Greece’s northern neighbour, the Former Yugoslav Republic of Macedonia. He said the Greek government wants a good outcome in the talks and that this was noted during a meeting between Kotzias and U.S. Assistant Secretary of State for European and Eurasian Affairs Wess Mitchell.

On the economic front, Pyatt said he was confident that 2018 will be the year that Greece exits the crisis, while confirming that US firms are interested in making investments in Greece.