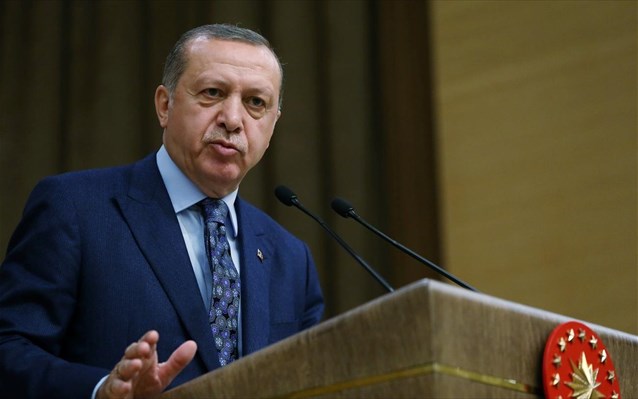 US Assistant Secretary of State for European and Eurasian Affairs Wess Mitchell sent a clear message to Turkey that Washington would “not take a friendly view to any kind of harassment” of ships drilling for hydrocarbons in Cyprus’ exclusive economic zone (EEZ) and hailed Greece as a “fantastic ally” of the United States in the region.

Mitchell made the statements on Friday, in an exclusive interview with the Greek Sunday newspaper “Kathimerini”.

“Greece, Cyprus and Israel are very important countries for the US because they are stable, democratic, western allies in a region where you don’t find a lot of stable, democratic partners,” Mitchell said, adding that it was a “natural step” for the US to deepen its cooperation with all three countries.

In the interview, he underlined that Cyprus has the right to develop its resources “just like any other sovereign country” and noted that Turkey’s view “is a minority of one versus the rest of the world.”

“The rest of the world has a very clear, straightforward view that the exclusive economic zone of Cyprus is grounded in international law.”

Mitchell said the US would “not take a friendly view to any kind of harassment in Cyprus waters especially when US ships are involved,” and described Greece as “one of the most military capable allies,” and a frontier state supporting US and NATO missions across the region.

During the interview he highlighted the importance of the US-Greece Strategic Dialogue concluded in Washington last week, saying this was “the most senior, deepest and widest platform we’ve ever had in US-Greek relations,” and noted Washington’s support for the Prespes Agreement with FYROM, which he said could increase Greece’s economically dominant role in the Balkans.