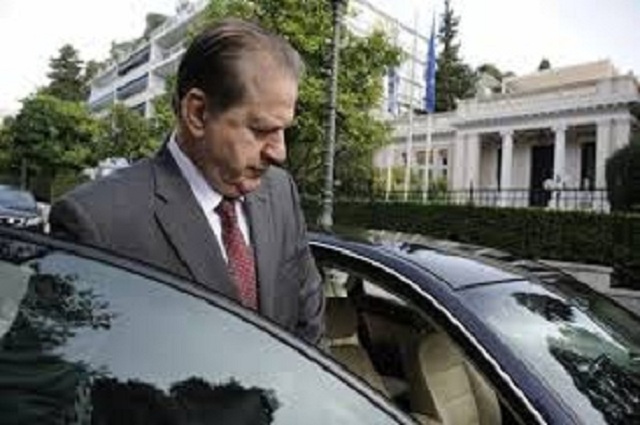 Former New Democracy minister Vyron Polydoras on Sunday expressed deep bitterness at the party’s rejection of his candidacy to head the National Council for Radio and Television (NCRTV), in an interview with the state broadcaster ERT.

Polydoras, who was proposed for the post by the SYRIZA-led ruling coalition government on Saturday, accused former prime minister Antonis Samaras and main opposition ND of being behind the “organised pillboxes and character assassination centres” used by the social media and mass media to attack him on a personal level.

“I was very upset. I felt like an earthquake had fallen on me. They expelled me because I disagreed with the imposition of the ENFIA property tax, which seemed to turn Greeks from home owners into homeless and hearthless. Now they want to exile me,” Polydoras said.

Some in ND’s leadership were engaging in “tacticalism to topple the government and satisfy their petty ambitions,” he claimed, while adding that these positions did not express all of ND nor all of the party’s MPs. “Most of the MPs and the majority of people in ND are behind me,” he added.

Polydoras accused the television moguls of wanting to control politics, not just gain privileged access to public contracts, and that the prime minister was attempting to stop those “playing a power game.”

“They want it all. They want to decide who becomes minister, who becomes prime minister, who becomes chairman of the NCRTV. They say that I am not qualified. In order to be qualified, I must be a buddy of Christoforakos,” he said, referring to the former Siemens executive that is now a fugitive from Greek justice, after fleeing to Germany to avoid prosecution on a charge of offering kickbacks from Siemens slush funds.

Polydoras repeated that he felt honoured that the government had proposed him for such an important position and that he accepted in the hopes that it will bring results, provide a resolution and ending the tension with justice. Attempts to affect the decisions of justice were not the exclusive province of governments, he added.

In the case that the political parties did not consent to his leadership of the NCRTV, Polydoras said he was ready to resign at any time and did not intend to put the prime minister in a difficult position. He ruled out contacting the political party leaders that “rejected me within 17 minutes,” including ND leader Kyriakos Mitsotakis, Democratic Alliance leader Fofi Gennimata and Potami party leader Stavros Theodorakis.

ND later strongly criticised ERT for the way the interview was conducted, with ND press office director Makarios Lazaridis saying it was “shameful for ERT” and noting the grave responsibility of its management in a post on Twitter. A brief ND announcement commented that “After today’s appearance by Mr. Polydoras on ERT everyone understood by Mr. Tsipras proposed him and what exactly his qualifications are.”

Replying to the criticism, ERT said it had “no intention of answering to anyone about the guests it invited to speak on its programmes or the questions that were put to them. If anyone would like us to submit lists of guests and questions, they should say so openly.” The broadcaster noted that Polydoras’ views were a matter of valid news
interest, while ERT had never denied any person an opportunity to express their views.

Independent Greeks (ANEL) party leader Panos Kammenos also criticised ND’s stance and accused it of “denying the soul” of the party’s founder Constantine Karamanlis “which is Vyron Polydoras” and being dominated by what “Karamanlis had called extremes.”

He expressed hope that ND leader Kyriakos Mitsotakis will “think again” before the conference of Parliament presidents met to decide about forming a new NCRTV on Monday, and see that people like Polydoras could not be treated in that way.

Sources close to the former prime minister Costas Karamanlis, the nephew of the party’s founder, made clear on Sunday that he was not in any way involved with Polydoras’ candidacy and had not met or spoken to Polydoras in more than four years. 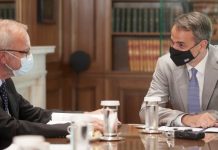 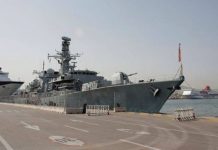