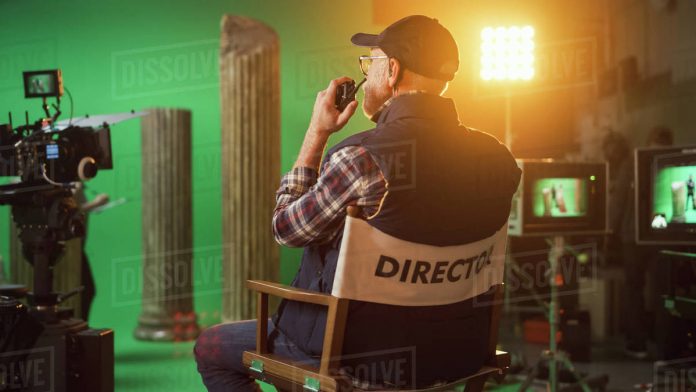 After production dipped following a hard lockdown last spring, when the coronavirus pandemic first swept across Europe, Greece was quick to get cameras rolling again, thanks to swift action from the government. Now the sun-splashed Mediterranean nation is set to sizzle, with a slate of high-profile projects underway or scheduled to shoot this summer.

Production is ongoing on season two of the Apple TV Plus series “Tehran,” as well as “Greek Freak,” a feature film about NBA star Giannis Antetokounmpo being produced by The Walt Disney Studios for streamer Disney Plus. A star-studded cast, meanwhile, will arrive in Greece this summer to shoot Rian Johnson’s “Knives Out 2” for Netflix. Production on David Cronenberg’s upcoming sci-fi film “Crimes of the Future” is also set to begin in August.

Local bizzers nevertheless remain vigilant. Despite the downward tick in COVID-19 cases in a country that has fared better than most of Europe throughout the pandemic, the industry is working hard to maintain the rigorous measures it implemented for last summer’s restart.

“We have rolled up our sleeves and we are working very hard to offer the best services possible to the productions that honor us with their films,” says Elena Priovolou of Argonauts Prods., which is servicing the 30-day “Crimes” shoot.

The Hellenic Film Commission and the Ministry of Culture worked together to introduce sweeping coronavirus protocols for all film and TV shoots last year, while also granting special permits to allow production to continue, even as most Greek businesses were shuttered during separate, months-long lockdowns.

That allowed production to move forward on “The Lost Daughter,” an upcoming adaptation of the Elena Ferrante novel, written and directed by Maggie Gyllenhaal and starring Olivia Colman and Dakota Johnson, which wrapped on the eve of a nationwide lockdown last fall. Principal photography on the Woody Harrelson-starring “Triangle of Sadness,” directed by Oscar nominee and Palme d’Or winner Ruben Östlund, wrapped just days later.

As it looks ahead to a post-pandemic future, the Greek government has bolstered its incentive scheme by raising the cash rebate from 35% to 40%, while introducing a new 30% tax relief for foreign film and TV productions that can be used in combination with the rebate.

Kostas Kefalas, head of production at Faliro House (“The Lobster,” “Before Midnight”), which is servicing four large-scale international productions this year, including “Knives Out 2,” says, “Greece is already facing its busiest year for visiting productions.

“The rebate was amended last December to include specific foreign expenses in the qualified spend for larger-scale productions, which gave an additional, important push to the competitiveness of Greece’s incentives program,” he adds.

Kefalas credits the increase to the rebate scheme, as well as “the internationally acknowledged success of Greece’s management of the pandemic, which put the country on the list of safe choices” for a host of foreign productions. That includes “The Lost Daughter,” which was scheduled to shoot elsewhere until the pandemic intervened.

“When the pandemic forced them to find an alternative, Greece was scouted and the production found its home in the beautiful island of Spetses,” says Kefalas, describing the island as “a naturally protected bubble” offering sophisticated infrastructure and a range of urban and rural locations. “The island’s open-minded authorities recognized the opportunity for both short-term and long-term benefits to the island, and quickly embraced the production.”

That can-do spirit is a sign of the times in Greece. Since a new board of directors took the reins of the Greek Film Center last summer, the government has given a much-needed overhaul to its outdated funding programs for Greek productions and co-productions, answering all outstanding applications and streamlining the often Byzantine application process.

“It meets the needs of today’s producers in a much more simplistic and straightforward way,” says Venia Vergou, director of the Hellenic Film Commission.

“We’re very much interested in bringing them onboard in Greece as early as possible to make them see that Greece is not only the stereotypical islands, and antiquities, and archeological sites,” says Vergou. “There are some places that they can’t imagine.”