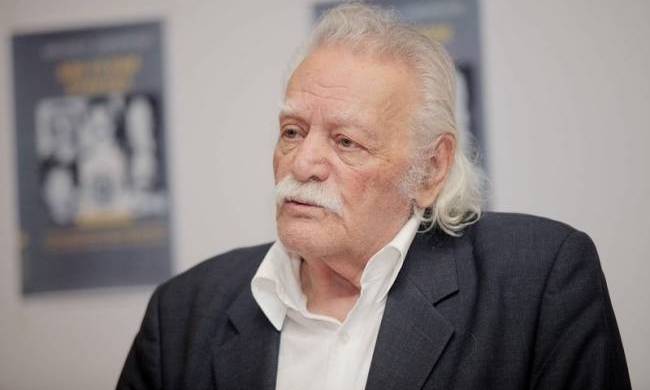 Staying active, a good diet and a will to live are the secrets to a long life, 95-year-old politician Manolis Glezos told an international conference held in Athens on September 8-9 on the theme “Longevity: a realistic target” where he was invited to speak as a special guest.

All three factors were equally important, Glezos said, illustrating each with references to his own personal experiences over a long and tempestuous life, that included several brushes with illness and death.

“Don’t listen to the doctor. I’m not going to die,” he remembered writing to his mother as a student in 1942, after a doctor had written him off and given him just days to live following an incident when he had coughed up copious quantities of blood. He also spoke about comrades lost in battle, saying that he was staying alive partly “at their orders”.

Staying active and busy was another important secret to a long life, he said, and without this activity for various issues he would not exist today.

Neither of these two factors were sufficient on their own, the veteran politician added, unless they were combined with the right diet.

According to Glezos, his own diet included five meals a day, spaced two or three hours apart, and he started by swallowing one whole clove of raw garlic each day for breakfast, without chewing, washed down with a glass of lemonade sweetened with one spoonful of honey and two rusks with soft cheese and plenty of olive oil.

A mid-morning snack was usually fruit, particularly kiwis, while lunch was a proper meal.

“I eat quite well,” Glezos said, noting that his meals included a salad, meat or fish, though as an islander he preferred fish, and were usually accompanied by wine or beer.

For an afternoon snack, Glezos again preferred fruit, while his supper was always a yoghurt “no matter what delicacy might be on offer”.