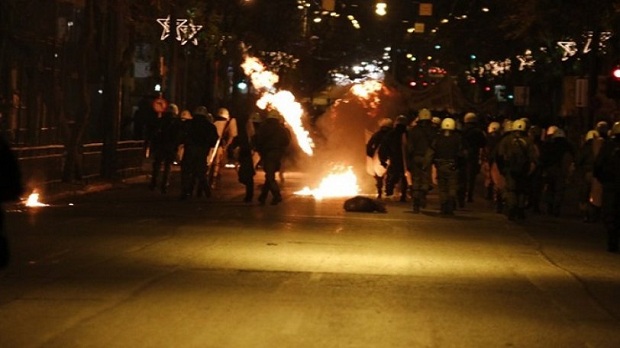 About 150 anti-establishment youths threw numerous petrol bombs and other objects against riot police near the Athens Polytechnic on Tuesday evening, following a protest march against the visit of U.S. President Barack Obama in central Athens earlier in the day which was stopped by police. 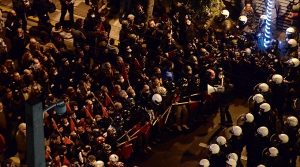 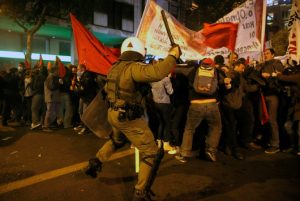 Some of the protesters started building roadblocks near Stournari and Tositsa streets. Police responded with tear gas in an attempt to push them back, while all streets around the Polytechnic were closed off. 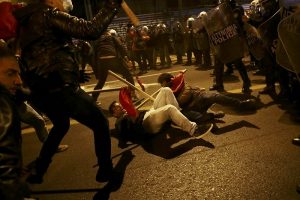 “(The U.S.) is a state that causes military coups, interventions and imperialist wars from Ukraine to the eastern Mediterranean, the Middle East, North Africa, Asia and Latin America,” he told supporters.

The small Popular Unity party, which took part in the main protest Tuesday, described Obama’s visit as “a provocation” due to that timing. Party leader Panayiotis Lafazanis also blamed the U.S. for Greece’s economic woes.

The debt-crippled country depends on international bailout loans, and has been forced by creditors to implement deep income cuts, tax hikes, welfare cuts and economic reforms.

“American imperialism has not changed,” Lafazanis said Tuesday. “The U.S. presidents and administrations have played — and still play — a leading part in the bailout-linked plundering of our country … and their interventions are drowning our part of the world in blood and creating refugee waves.”