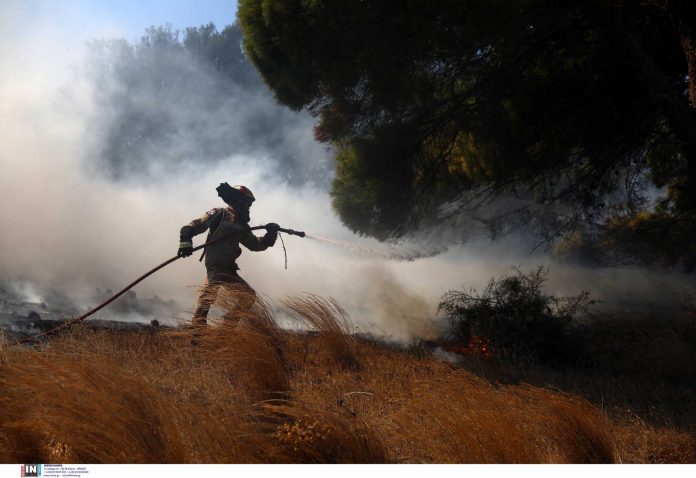 Twenty-seven wildfires broke out in Greece in the last 24 hours, the Fire Brigade said on Tuesday.

Most were dealt with soon after they broke out, it said.

Working to put them out besides the Greek firefighers are firefighters from EU member states (through the RescEU natural disasters program), the Armed Forces, and volunteer firefighters, assisted by local water trucks and heavy earth machines.

A total of 11 helicopters – 2 of them from Russia, 1 from the United Arab Emirates, and 1 coordinating – and 8 aircraft were also used by rotation during the day.

The fire at Vilia, also in western Attica, which broke out on August 16 is not put out, but it is limited within a perimeter that is being doused with water. The Greek Army, volunteer firefighters, water trucks and heavy earth machines are also helping out the Fire Brigade.

The Fire Brigade’s specialist arson unit is investigating through its local offices at the fire sites.