For the 28th day, the Russian invasion of Ukraine continues with more than 3.5 million citizens having left the country. Most of them have fled to neighboring countries, such as Poland, where more than 2 million refugees are currently housed.

It is estimated that since the beginning of the war in Ukraine, about 15,000 refugees have crossed the Greek border.

But what happens if after 12 months these people continue to remain in Greece without being able to return to their country which is being destroyed by the Russian invasion? 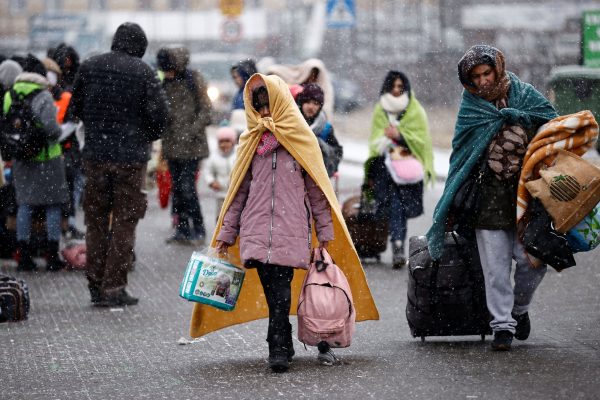 As the deputy director of the Hellenic Refugee Forum, Nikodimos Maina Kinyoua, explained to in.gr, this is something that concerns the Ukrainian community.

According to him, for the Ukrainians an effort is being made at European level to give a special regime, which has to do with the procedures to be followed.

What is still valid for refugees in Greece is to get the legal residence permit of an asylum seeker or a recognized refugee and then the social security AMKA number and the tax registration number in order to have access to medical care and services.

As Mr. Kinyua explains, the only case in which the refugee status decision is revoked is the country of origin being judged by the UN safe for return. That is, if it is judged that there are no longer reasons for which they have been granted asylum.

“Ukrainians, in general, will all be recognized as a single mass, that is, everyone’s application will not be considered on a case-by-case basis.”

This seems to be troubling the communities as it puts in the same status a resident of Ukraine, whose area in which he lived has suffered irreparable damage, with someone who lived in an area of ​​the country that was practically untouched by the war.

“Will they be able to go back?”

In case, for example, that in the next 12 months, where according to the existing decision the residence permit in the country has expired, the refugees will have to return to Ukraine.

“What will someone from Mariupol, which has been completely leveled, do? Can that person go back? ” wonders Mr. Kinyua.

“What will also happen if Ukraine gives autonomy to these regions? This person should go back where? In a dilapidated area that has nowhere to stay and work? So the issue of asylum for him will be one way. So the subsidiary protection regime that is being given now is problematic,” he explains.

According to Mr. Kinyoua, the Ukrainians who arrived in Greece after the start of the war should be recognized as refugees and have the same rights as refugees.

“The government is providing housing to Ukrainian refugees in the camps. Today, 15,000 Ukrainian refugees are in Greece. Can these people be accommodated in these structures? The government says it has 30,000 places. What if we exceed this number? Can these people be financially supported by EU money or housed in rooms? With the current regime, it is not possible,” he explains.

The images coming from the Ukrainian border are sad. Women huddling their children across the border in search of safer destinations as they try to escape the bombings.

In Greece, it is estimated that about 800 Ukrainians enter the country daily, mostly women with their minor children.

Men aged 18-60 are not allowed to leave the country, having stayed behind to participate in the country’s defense.

“Think that women and children are coming to us. Men are left behind, which means they may be left widowed or orphaned. So what is the protection status of these people? The EU does not answer us as clearly as our government, which, although it loves ” normal refugees ”, but on the other hand does not respond to the fears of these people either,” Mr Kinoua said.