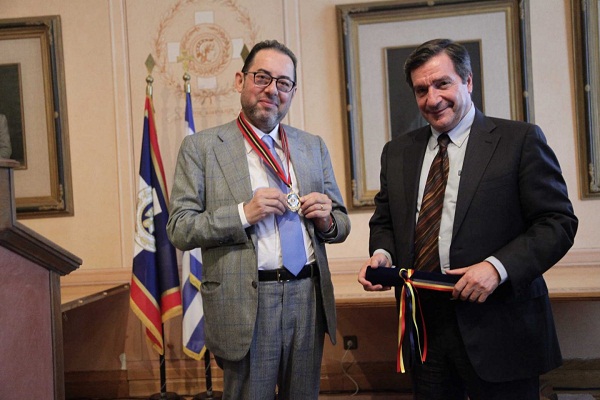 “From Athens, the heart of democracy, we can start the rebirth of a united and democratic Europe,” the president of the Progressive Alliance of Socialists and Democrats of the European Parliament Gianni Pittella on Friday said after his proclamation as an honorary citizen of Athens by the Mayor Giorgos Kaminis.

The fragile status of democracy, he said, is interpreted as an opportunity of threat to a country. However, the history and geography of Athens have shown that the Athenians could always find a way to be reborn. “Everything can change, everything flows, for better or worse, it depends on us,” he said.

“I have tried to help since 2010. In 2012 I organized a rally at the Pantheon Square in Rome, considering that Greece is used as an example of punishment,” he said and underlined that “when I started to support the government, it was PASOK and New Democracy in power, today is another government. The leadership change, but Greece remains in my heart.”

On his part, Kaminis praised the friendship and solidarity shown by the EU official to the unprecedented crisis experienced by Greece and Athens, facing high unemployment and an increase of the vulnerable groups.